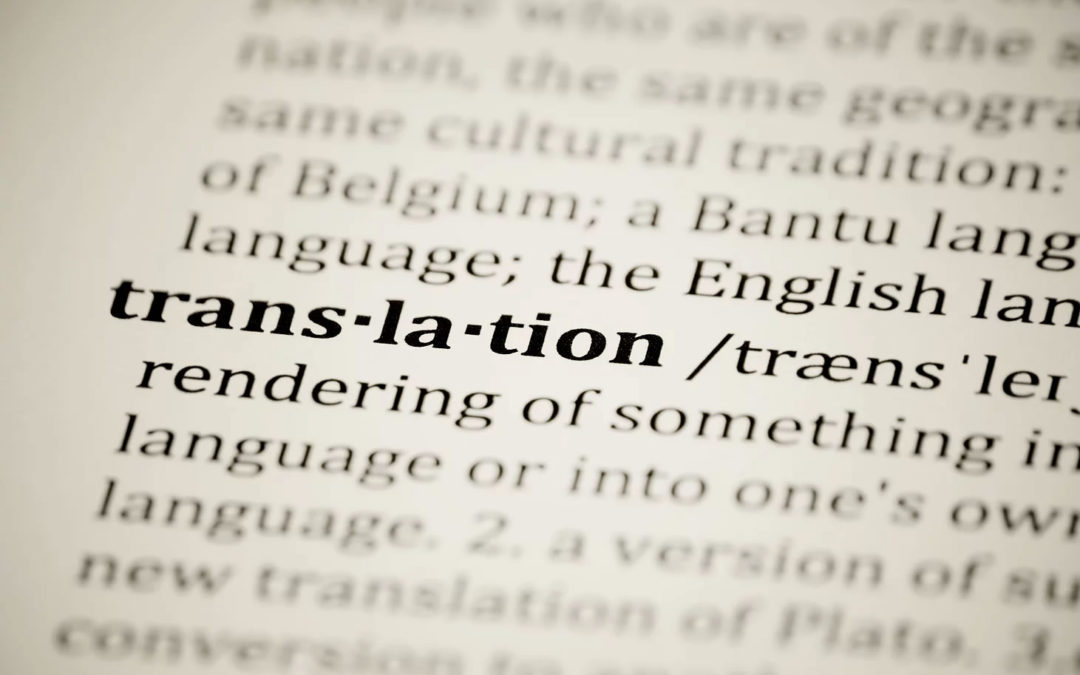 There are many situations in life which encourage us to reach for the immediate assistance of Google Translate: a monolingual menu in that charming, local restaurant you discovered on holiday; a desperate attempt to give helpful directions to a tourist in your hometown; a curiosity to understand the reams of information on the 70% of websites which aren’t in English. There are myriad obvious advantages to using Google Translate, which is now powered by state-of-the-art AI technology and handles over 100 languages, in situations such as these.

I am currently working as an intern at Aktuel, which is my first professional taste of the translation industry. The more insight I gain into professional translation through my internship, the more I have come to understand why a human translator is a necessity, and not a luxury. Although I am certainly amongst Google Translate’s users for the kind of situation described above, I was keen to better understand the limitations of the technology and why professional translators will not be disappearing any time soon.

It only takes a few sentences inputted into Google Translate to quickly reveal these limitations. Take, for example, the following sentence, which Google has ‘translated’ into French: ‘She took her car and he took his’ becomes ‘Elle a pris sa voiture et il a pris sa’. French-speaking readers will recognise the absurdity of this translated sentence; not only does the French pronoun ‘sa’ fail to convey any sense of the gender of the car’s owner, but the sentence is also incomplete as this pronoun cannot be used alone.

Moreover, when the sentence that Google has produced is inputted in reverse, it gives us ‘She took her car and he took her’, which has a wildly different meaning from the original.

Google Translate stumbled at a fairly everyday phrase. However, if we delve into a more complex text, like literature or poetry, it is unsurprising that the technology struggles even more. Taking a few stanzas from Inferno, the first part of Dante’s La Commedia Divina, it is evident how unsuited Google Translate is to conveying the nuances of artistic expression. A comparison with a human translation, an example of which by Courtney Langdon is below, demonstrates Google Translate’s lack of comprehension of the intention behind a text. It is hard to imagine a time when this technology could understand the motivations which accompany a text in order to translate its meaning correctly.

These failures of Google’s translation service are not its only drawbacks. It is also missing a key feature of professional translation by humans: proofreading. My ongoing internship at Aktuel has already given me a wealth of experience in proofreading and has demonstrated the need for proofreading as a cog in the translation machine. Not only does proofreading check for any accidental errors or typos, it also ensures a consistency of style throughout the translation and provides a second, or even third, opinion of the source text writer’s intentions. Using Google Translate gives you just one opinion, which is often incorrect, as shown above.

There is no disputing that Google Translate has its place in our multicultural, multilingual world and with the advances in its technology, it becomes an ever-more useful tool in many situations. However, it takes a thoughtful, talented and qualified human to fully understand another human’s intentions and then to express them through translation as well. Human translators – we salute you.