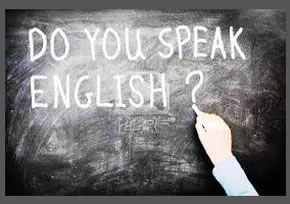 Aktuel Translations started simply because a client of ours was trying to get out of Italian lessons his boss had booked for him. In 1992 I had founded a company called London Tutors (home tuition and office training) and it wasn’t going well. After a few months, I was in danger of ending up starving in a ditch when I got a call from a client in Battersea. We had sent an Italian coach around a few times to teach the staff how to order food, exchange pleasantries with potential clients and decipher purchase orders in Italian.

‘Turns out learning a language is really hard,’ said the office manager to me when he rang. Something in his tone suggested that this was my fault.

‘Yup,’ I said, ‘but it’s worth the effort!’ I added as chirpily as my state of mind in that period allowed, assuming that the next thing coming out of his mouth was “we’re going to stop your lessons and just use a guidebook in future.”

‘I suppose so,’ he said, meaning “I don’t agree with you, but I can’t be bothered to argue the point.” I could hear him shuffling bits of paper. ‘So, we’ve got some contracts and we thought we might as well just ask you if you can get them translated. You do do that, don’t you?’

I paused for a millisecond as my financial situation flashed before my eyes.

The Human brain is an incredible thing and I think language is one of its crowning achievements. We are all linguists, you just need to be a Homo Saipan and a couple of million years of evolution does the rest.

I know dolphins, poodles and chimpanzees are very clever – when compared, say, to a chicken or our cat Denis (who is a bit simple, even for a cat) – but almost everything they have accomplished is limited to survival. There is absolutely no practical reason why we need to have so many words to describe light, love or longing, or even penises (a bewildering amount, incidentally, just take a gander at https://en.oxforddictionaries.com/thesaurus/penis) – but we do.

There is also no doubt that learning a language unlocks areas of your mind that other disciplines cannot reach. Translation uses more of your brain’s RAM than almost any other thought process, with the possible exception of those questions in maths that start with ‘A train leaves the station at 4pm …’. No other discipline requires you to think through a very complex series of tasks and speak at the same time. This is impressive, especially if combined with running away very fast, which is often what I am doing when getting to grips with an unfamiliar language and I’ve just upset someone a very great deal.

It also helps one’s awareness of what makes other people around the planet tick (on the basis that no language has a monopoly on how the human condition is described).

So, commercially, whilst I’d prefer the rest of the world had the linguistic skills of a 19th century maiden aunt visiting Italy with her niece, I think learning a language is a grand idea – if only for the basics … or to appreciate what an incredibly hard job translators do!

To that end, here is a list of some of the better online language learning sites (and apps). As ever, feel free to add, comment, disparage. But do take a look – you never know, one may inspire you to make the leap. I’ve always liked the sound of Kiswahili.