The Language of the Internet 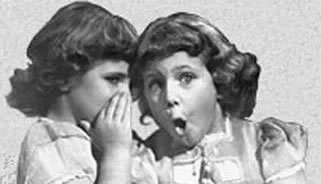 Have you ever wondered about the spread of languages amongst internet users?

Well, not really, that is, until I came across some statistics from internetworldstats.com.

At first glance, I was not in the least surprised by the data and I very quickly I began to think about getting up and making a some tea, instead of lolling about in bed:

So, English is the most common language – yawn – (about 870 million users), followed by Chinese – I shall also make toast – (700 million), then Spanish (barely keeping up with 250 million users).

However, a couple of things caught my attention.

Firstly, was a surprising statistic that Arabic, not Chinese has had the biggest growth in users since 2000. The number of Chinese users grew by a pretty respectable 2089% but this is dwarfed by Arabic users who have flocked to the internet in the last decade and a half, increasing by a massive 6592%. Actually both stats are completely at odds with a prevailing view that downtrodden would-be surfers in the Middle East and China are constrained by totalitarian governments – having to rely on their media fix from loudspeakers in public squares and state news channels on tiny TVs in all-male cafes.

Secondly – and I really don’t know what to make of this – Japanese and German has the highest ‘penetration’ of internet users by population head count: 90% and 87.5% respectively. I guess it means if you want to flog anything in Tokyo or Berlin, go online. Or never call anyone in these countries after 7pm. The same goes for Russian, another strict state with an astounding appetite for e-commerce and/or cats falling off chairs.

However, the figure I enjoyed the most was that there were well over 700 million user of the internet working in a non-top ten language. That’s over 20% of total internet users and indeed the stats show the majority of us prefer not to struggle along in a language that is not own own.

My take away point, before I finally do get up, is that whilst the internet does bring us together, it is clear it is not going let the giants of language – the Englishes, and the Mandarinses – gobble up ‘smaller’ languages like a data vacuum cleaner.

Linguistic diversity across the greatest invention of the modern age looks here to stay and I, for one, am very happy about that.